The Whale OS App Store offers a platform for delivering HTML5-based applications to customers on TV.

Although TV Store applications are, in essence, nothing more than web pages, there are certain design considerations related to the TV context in general, and the Whale OS App Store model in particular, that developers need to take into consideration.

Potential of the TV context

The context of use of a TV is very different from the one for desktop computers or mobile phones. When you make an application for TV you should consider that:

Keep things simple — people love simple. Complicated interfaces confuse and frustrate people, and this issue can be compounded on TV apps. You want to give people videos? Show them on the first page. If your videos are more than a click or two away, your users will quit your app and turn on the Discovery Channel instead.

If your app can do everything, it cannot do anything. Limit the number of functions your app has to one or two and do those well, rather than being mediocre at lots of things. The user will be happier, and you will have less code to debug. For example, do you need a Twitter box inside your music app? Will your users add comments underneath photos, when there are thousands of other photos to see as well? Should you provide drawing tools inside your photo app, or just do that side of things in a separate app perhaps on a different system?

Some more laws of simplicity: 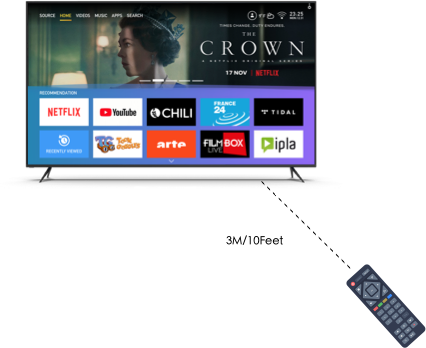 10-feet user experience: A user sits 10 feet away from the TV

TV interfaces are also known as 10-foot user interfaces because 10 feet (3m) is the approximate distance that users will sit from the TV. For designers, this means that the "big screen" cannot really be considered "big" but that you have to keep the same considerations that you have when making a mobile application: 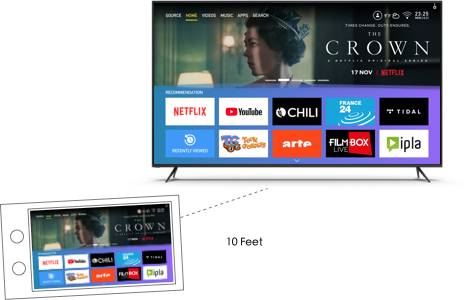 Although TVs are similar in perceived size to a mobile device, it is not enough to take the design of a mobile application and expect it to always work well on a TV: 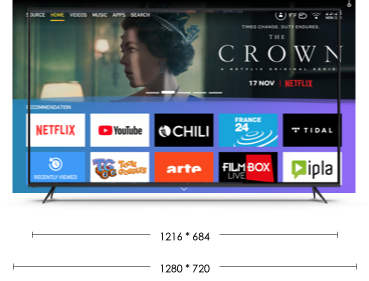 If you don’t consider the overscan, part of your application will be out of the screen

The Whale OS App Store runs at a resolution of 1280×720px. However, due to overscan, you should ensure that your application works and displays correctly at a size of 1216×684px.

All of today’s TV sets have a certain amount of overscan, meaning that margins of your application are shown outside the visible area of the TV. While it is possible for users to turn off overscan, it is better to design your application with this invisible margin in mind, as most users are likely unaware of this option. The overscan amount varies between TV sets but it is advisable to assume that a 5% margin might not be visible to the user.

We recommend that you test your applications with overscan both turned on and off.

The layout of a TV application should be simple:

To design the layout for your application, we recommend to have a maximum of two groups of items on the screen: the menu and the content. You can also have the menu in its own screen and dedicate your entire screen to the content. 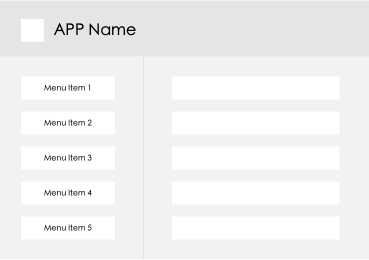 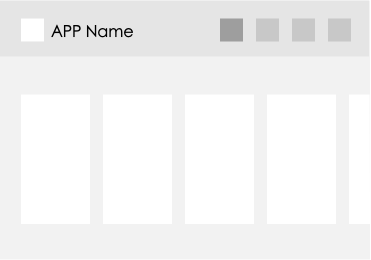 Example of a TV app with horizontal layout 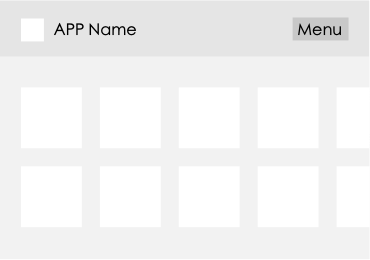 Example of a TV app with vertical layout

TV users are usually limited to a simple four-way spatial navigation (UP, RIGHT, DOWN, LEFT) with a regular remote.

You should strive to make navigation as simple as possible. Navigation usually works best with a rectangular/list design, where it is very clear which item is above/below, and to the left and right, of the selected item. Avoid navigation that requires users to jump diagonally to another item.

Avoid mixing vertical and horizontal navigation. It is better to rely solely on either horizontal or vertical columns, rather then mixing the two. Avoid putting content that is critical for user navigation at the top, or at the end, of a list; otherwise, users may be forced to go through the list to select it.

Horizontal navigation is often preferable because of the TV’s landscape orientation and aspect ratio, but this will depends on the application.

Try to avoid elements that need to be enabled or clicked first before being able to interact with them. For example, do not make a list that you need to click first to be able to navigate through it. If you have an element that contains sub-elements (for example, in a list) make it visually obvious that you need to click the item first, before you can select sub-elements.

As a last point, remember that the TV remote already has rather convenient volume/mute controls, so you generally don’t need to code those into your application. It sounds almost too obvious to say, but we’ve seen more than enough examples of superfluous volume controls.

The BACK key on the remote control works just like it does in a desktop browser. Users will be familiar with this key and expect it to bring them to the previous screen of the application. If needed, you can still provide a visible back button in the application.

Navigation between screens using the BACK key

The ultimate goal of the BACK key is to take you out of the application.

We recommend that all functionality is accessible with normal navigation using the directional keys. Color keys should be considered as "nice to have" shortcuts. Most people don’t bother learning shortcuts, and, depending on the particular remote control used, the color keys may not actually be located at a convenient position.

Color-key shortcuts are good to have in situations when you have an action that you are likely to do often but that might require many clicks to get to. This, however, also means that it is not always best to use all of the color keys, as users are more likely to remember one or two of them but not all four. Keeping all four shortcuts might mean the users don’t learn any of them. How many you use will depend on each application. 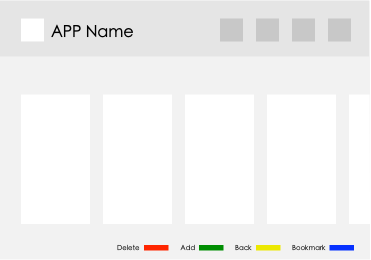 Example of the placement for a shortcut key legend.

Historically, TVs have required very little interaction other than changing channels or volume settings. Even if remotes are becoming more advanced, they are still relatively primitive and are rarely optimized for text input. 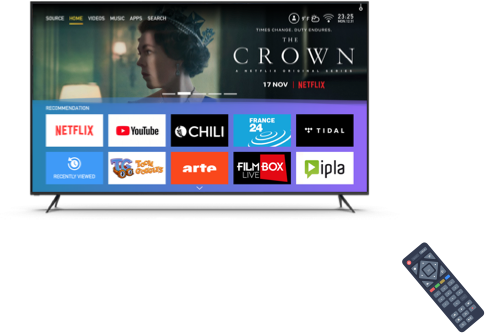 A remote control uncomfortably close to the TV.

Some TVs are shipped with external keyboards, but users are most likely to just be using the remote control. We recommend designing your application in such a way that avoids the need for text input as much as possible. Here are a few suggestions:

TVs are still running on relatively low-end hardware. TV remotes are also still relatively unresponsive. This makes it extremely important that your applications feel as responsive as possible, to avoid creating an additional bottleneck. Here are a few things to keep in mind:

We highly recommend that you test your application on an actual TV.

Interested in becoming an Zeasn partner?
We’d love to hear from you.
Sign Up Contact Us
Copyright © 2011 -2018 Beijing Zeasn Information Tech CO., Ltd. All Rights Reserved